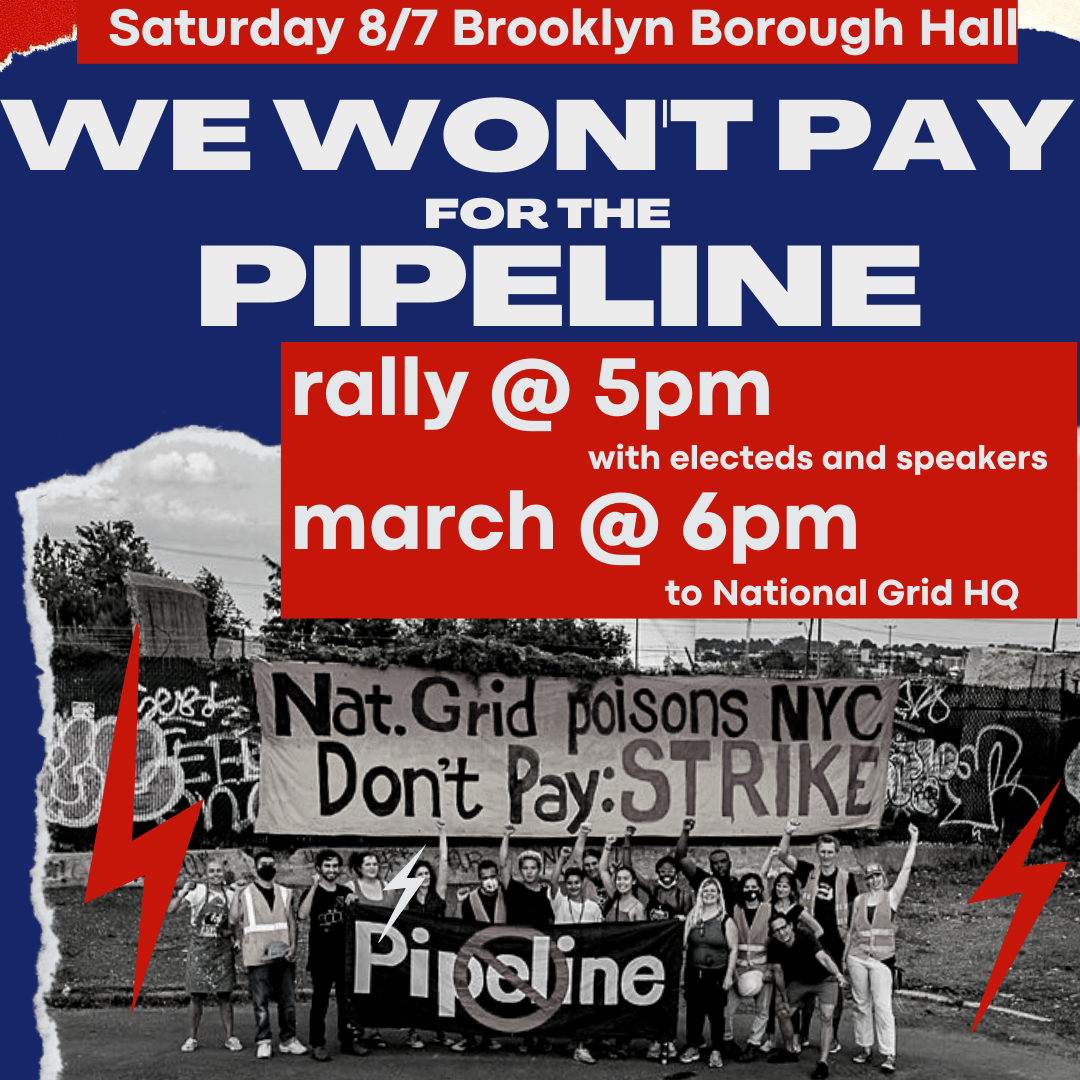 NYC – we won’t pay for the dangerous, unneeded, racist pipeline that National Grid is trying to force through Brooklyn!
The company is trying to force New Yorkers to pay for the North Brooklyn Pipeline by raising our gas bills.
So we’re going on strike – because we refuse to pay for our own poison.
On August 12, the Public Service Commission will vote to decide if National Grid gets to extract more money from New Yorkers, or if Brooklyn will be protected.
Saturday August 7th, join front line residents and elected officials as we rally for the gas bill strike and speak out against the North Brooklyn Pipeline.
4pm – Flyering
5pm – Rally and speak out by front line residents and elected officials
6pm – March to National Grid HQ
The North Brooklyn Pipeline is a dangerous fracked-gas pipeline that National Grid has pushed through majority BIPOC neighborhoods in Brooklyn, without community consent. Fracked gas contains substances like methane, which worsens the climate crisis, as well as benzene and other materials that have been linked to cancer, asthma, low birth weight, and other diseases.
It is unneeded infrastructure – the company makes money by building projects as an excuse to raise our gas bills. This project risks the health and safety of over 153,000 Brooklyn residents only for the sake of making more money for a corporate utility company.
Communities have been protesting this fossil fuel expansion since we found out about it nearly 2 years ago. We’ve done direct actions, collaborated with elected officials, legal battles, and gone to public hearings. It’s clear that New Yorkers oppose the pipeline – we have over 40,000 public comments and unanimous opposition in the 2020 City Council.
But National Grid continues to ignore our demands. So we speak to the company in the only language they understand: money. We’re on gas bill strike, because we refuse to pay for the pipeline and we want to protect community safety and the climate. For more information, go to www.nonbkpipeline.org/strike